Leonard Gary Oldman was born on March 21st 1958 in New Cross, London. He trained at the Rose Bruford Drama College and then went on to appear in a number of plays including Joe Orton’s Entertaining Mr. Sloane and Edward Bond’s The Pope’s Wedding, which earned him awards and critical praise. This led to a long run of work with the Royal Court and Royal Shakespeare Company.

His film career started with a small part in Remembrance in 1982 with Timothy Spall. Then he played Coxy, a racist skinhead, in Mike Leigh’s Meantime. His major breakthrough came when director Alex Cox cast him in the lead role of Sid Vicious in Sid and Nancy. Oldman followed this by playing Joe Orton in Stephen Frears’ Prick Up Your Ears, written by Alan Bennett and co-starring Alfred Molina, a part which earned him a BAFTA nomination. He also appeared onstage with Molina in Caryl Churchill’s Serious Money, a play which introduced him to the actress Lesley Manville. They married in 1987 and had a son called Alfie in 1988 but sadly, the marriage didn’t last and they divorced in 1990. 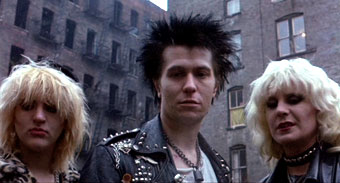 Gary began to balance his film roles between US movies and more low-key British ones. In 1990 he starred alongside Tim Roth in Tom Stoppard’s film adaptation of his hit play Rosencrantz and Guildenstern Are Dead, while also appearing with Sean Penn in State of Grace. It would be the director of this film, Phil Joanou, who would introduce him to Uma Thurman, and the pair hit it off immediately, marrying in October 1990.
Oldman’s first major Hollywood lead role came in 1992, with Bram Stoker’s Dracula, in which he played the infamous vampire Count. Unfortunately, his marriage to Uma Thurman broke down that same year. But he followed his success as Dracula with a series of bad guy roles in films such as Leon, The Fifth Element, Air Force One and Lost in Space. His marriage to model and photographer Donya Fiorentino (ex-wife of David Fincher) gifted him with two sons, Gulliver and Charlie, but was tumultuous to say the least. 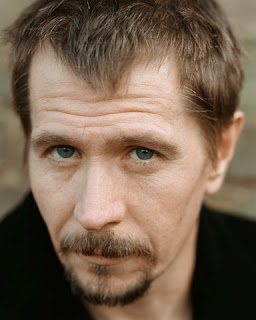 In 1997, Gary made his directorial debut with Nil By Mouth, a hard-hitting film loosely based around his experiences growing up, which deals with drink, drugs and domestic abuse. Nil By Mouth won BAFTAs for Best British Film and Best Screenplay and Gary was nominated for the Golden Palm award at the Cannes Film Festival.
A few quiet years followed, with only small roles in films such as Hannibal (in which he was unrecognizable) and little-known movies like Interstate 60. Off-screen he was involved in a bitter divorce and custody battle with Fiorentino, during which she made some outrageous claims about his behaviour. The judge found in his favour and he gained custody of their children.
Gary would storm back onto the big screen in 2004, joining the hugely successful Harry Potter series for what is widely considered to be the best installment, The Prisoner of Azkaban. The following year he starred in the first film in another popular franchise, Batman Begins. In both of these he had broken away from the usual ‘bad guy’ roles with which he is most associated, by becoming a godfather to Harry Potter and an ally in Batman’s fight against crime. 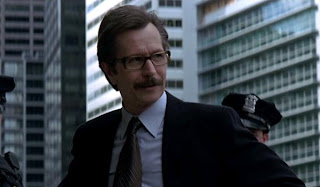 Continuing to divide his work between low-key films and big budget Hollywood, Oldman also finds time to do the occasional classic villainous role, such as in The Book of Eli. He has a number of movies on the horizon, including the much anticipated The Dark Knight Rises and the lead role in Tinker, Tailor, Soldier, Spy.
5 Recommended Films:
Other films to watch: Prick Up Your Ears, The Fifth Element, Air Force One, Romeo is Bleeding, State of Grace, Criminal Law, Batman Begins, The Book of Eli, Rosencrantz and Guildenstern Are Dead, The Contender, Immortal Beloved, Basquiat, Interstate 60, Murder in the First, Chattahoochee 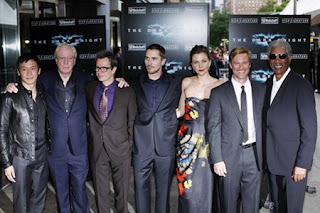