What the Fellowship of the Ring did next... 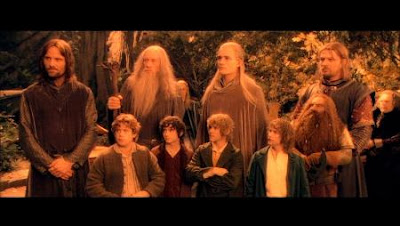 Frodo - Elijah Wood went on to appear in both violent adult-themed films (Green Street, Sin City) and has provided voices for animations (Happy Feet, 9). He will next be seen (or rather, heard) in Happy Feet 2 and the Legend of Spyro film.
Sam - Sean Astin has since appeared in numerous TV shows, including 24 and the adaptation of Terry Pratchett's The Colour of Magic. Upcoming projects include The Witches of Oz 3D.
Merry - Dominic Monaghan has been a regular on the TV shows Lost and FlashForward. He had a small but memorable role in X-Men Origins: Wolverine and can next be seen in Soldiers of Fortune alongside Sean Bean, Christian Slater, Ving Rhames and James Cromwell.
Pippin - Billy Boyd appeared in Master and Commander: The Far Side of the World and smaller UK films including On a Clear Day and The Flying Scotsman. He is also due to appear in The Witches of Oz 3D.
Legolas - Orlando Bloom continued to pick physical action roles in the Pirates of the Caribbean trilogy, Troy and Kingdom of Heaven. He will soon be seen in the new Three Musketeers movie.
Boromir - Sean Bean has been very busy! Just a few of the films he has appeared in are: Troy, The Island, Flightplan, Silent Hill, The Hitcher and more recently, Percy Jackson & the Lightning Thief. He also has lots lined up including Soldiers of Fortune with Dominic Monaghan and Shadows from the Sky with John Rhys-Davies.
Aragorn - Viggo Mortensen has starred in A History of Violence, Eastern Promises and The Road. Next up for him is A Dangerous Method where he will play Sigmund Freud opposite Keira Knightley and Michael Fassbender.
Gimli - John Rhys-Davies has appeared in nearly 40 projects since completing The Lord of the Rings, most of them TV episodes. He has 10 more lined up, including a reunion with Sean Bean in Shadows from the Sky and with Billy Boyd in The Lion Inside.
Gandalf - Ian Mckellen went on to appear in The Da Vinci Code and X-Men: The Last Stand and lent his vocal talents to Flushed Away, Stardust and The Golden Compass. Exciting times lie ahead, with The Hobbit as his next project. 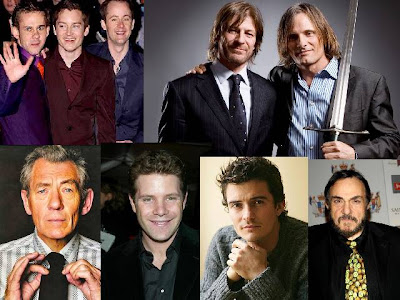