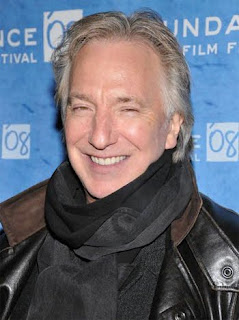 Alan Rickman will continue in his role as Severus Snape in the final two installments of Harry Potter, ‘The Deathly Hallows’ Parts 1 and 2. Next month, to mark National Poetry Day here in the UK, he will star alongside Emma Thompson in The Song of Lunch. A dramatisation of Christopher Reid’s poem, it tells the story of a book editor who meets his former love for lunch after 15 years apart. After this he is due to star in The Villa Golitsyn, adapted from the novel by Piers Paul Read. Unfortunately, further details about cast and plot are unavailable, although the book is described as an “intelligent and gripping thriller of treason and sexual intrigue in the south of France”. 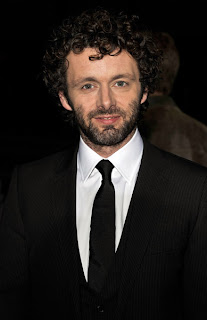 Michael Sheen will be appearing in Disney’s TRON: Legacy (a sequel to the 80s film) hitting cinemas in December, alongside Jeff Bridges and Olivia Wilde. Next year he will head up Jesus Henry Christ, with Toni Collette. This film tells the story of a boy conceived in a petri-dish who, at the age of ten, tries to find his biological father. Next he will be starring in Woody Allen’s Midnight in Paris, with a cast that includes Rachel McAdams, Marion Cotillard, Adrien Brody, Owen Wilson and Kathy Bates. He will then be reprising his role in the Twilight Saga, in Breaking Dawn - Part 2. Also on the cards, although these are only rumours at the moment, is a part in The Codfather, a film about a group of friends in Wales who smuggle millions of pounds worth of drugs hidden in cod. I hope these rumours are true because at the moment the varied cast includes Val Kilmer, Steve Coogan, Oded Fehr, Nick Frost and Julie Walters, amongst others. 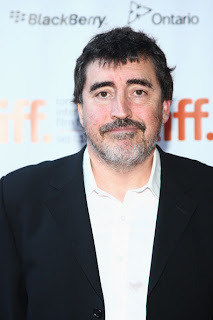 Alfred Molina has five upcoming films with one-word titles. First up is Carmel, a film about art forgery in California with Hayden Panettiere, Josh Hutcherson, Billy Boyd and Lauren Bacall. Then there’s the animated film Rango, with a voice cast including Johnny Depp, Bill Nighy, Ray Winstone and Timothy Olyphant. This film is about a chameleon that wants to be a swashbuckling hero. He has a part in next year’s thriller Abduction, alongside Taylor Lautner, Jason Isaacs, Maria Bello and Sigourney Weaver and the film Vivaldi, which also stars Neve Campbell and Gerard Depardieu. Finally there is Poe, a biography of Edgar Allan Poe which incorporates five of his tales. Sounds like an interesting one, although there isn’t much more information available at present, apart from the casting of Dianne Wiest alongside him in the ‘Black Cat’ part of the story.
Posted by Emma at 10:54