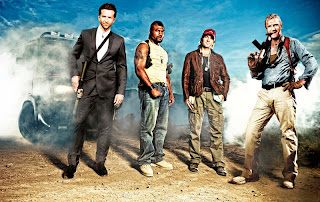 With a big screen outing for The A-Team coming up over the Summer (due 30 July here in the UK) I wanted to put together a list of what could be expected if it follows the same structured episodic nature of the TV series;


I wonder how many of these aspects will be included in the movie? Can't wait to find out.

Email ThisBlogThis!Share to TwitterShare to FacebookShare to Pinterest
Labels: A-Team