Olly Moss is a British artist/ designer currently involved in a feature for Empire magazine called 'Ollywood where every month he redesigns a poster for an upcoming movie release. So far he has worked his magic on The Wolfman, Alice in Wonderland, Clash of the Titans, Hot Tub Time Machine and Sex and the City 2; 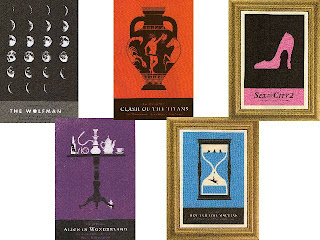 He did a great series called 'Films in Black and Red', redesigning posters for famous films including Die Hard, The Deer Hunter and Taxi Driver; 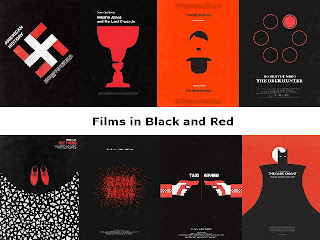 He has also designed t-shirts for companies including Threadless. His 'Spoilt' t-shirt is my favourite, featuring spoilers for lots of different movies - from Star Wars to Psycho, Fight Club to The Usual Suspects (don't take a look if you haven't seen many spoilerific films like these - you have been warned!); 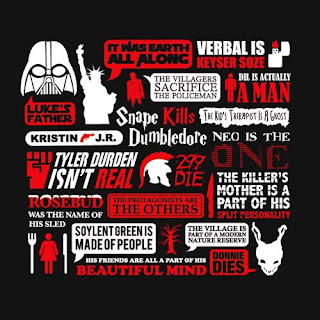 I really like his work, they are like modern pieces of Pop Art, taking movies as inspiration and creating minimalist pictures that encapsulate the spirit of the film so people can still guess the title. Visit his website at www.ollymoss.com and keep an eye out for this guy.
Posted by Emma at 01:42