Looking ahead to the Cornwall film festival 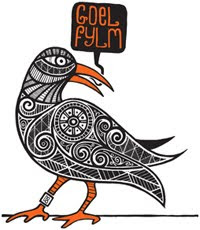 The Phoenix, Falmouth’s state-of-the-art cinema and recent winner of the UK Independent Cinema of the Year award, will again host the festival. Things are looking good so far, here's what's recently been announced:
"As well as offering a veritable feast of Cornish films, the Festival has also managed to secure, three weeks before its UK release, the third film in the wildly popular Millennium trilogy,The Girl Who Kicked the Hornets’ Nest. The Festival will also present Mike Leigh’s critically acclaimed new film, Another Year, which competed for this year’s Palme d’Or at the Cannes Film Festival."
Remember, remember the 5th of November - that's when this year's film festival fireworks take off!
Posted by Emma at 09:03

Email ThisBlogThis!Share to TwitterShare to FacebookShare to Pinterest
Labels: another year, cornwall film festival, the girl who kicked the hornets nest