A skeleton in the closet is a “secret source of shame, potentially ruinous if exposed, which a person or family makes efforts to conceal”. Mr Davis and Mr Bennett are men who are hired to reveal these skeletons to people. They enter your home and, after a fastidious ritual of filling out the paperwork, use a device to find the right cupboard and then, with some magic stones, a fire extinguisher and a pair of goggles, they step inside. This transports them back into the past, viewing moments that these people wanted to be kept secret, from prostitutes to salsa lessons. They then disclose what they have learnt to the clients, and then leave them with their secrets out in the open.

The opening sequence of the film is especially good. Two men trudging through the picturesque countryside to their next port of call, a hand-drawn picture showing the house they need to visit, an entertaining argument involving Rasputin, Lord Lucan the Queen and Freddie Mercury, and the jaunty music perfectly fitting the mood. 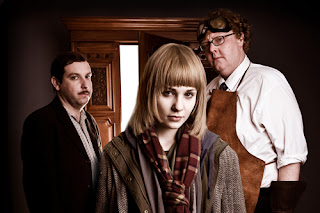 After a few routine procedures, Davis and Bennett meet with their boss, who is referred to as ‘The Colonel’ (played brilliantly by Jason Isaacs, who at one point stands to attention and puts his cap on straight before even waking up). He offers them the opportunity to prove themselves and move on to jobs of more importance – e.g. politicians and nobility – whose secrets are especially juicy. But Davis’s glow-chasing (becoming addicted to viewing moments from the past) and Bennett’s tendency to care about hurting the feelings of their clients, threatens to damage their chances as they investigate the disappearance of a man who left his wife and two children years before.
This film was a surprise gem and defies clear labelling. It has supernatural aspects, is often darkly comic but touches on grief and loss, and it has elements of mystery and intrigue. The central characters are both wonderful. Andrew Buckley (Bennett) and Ed Gaughan (Davis) are a comedy double act who have written and performed together for the past ten years. Together with their friend Nick Whitfield, who directed and wrote the screenplay, they first came up with a short, which was essentially the first ten minutes of the feature film. This was only meant as something to be shown to a few friends and family members, but after receiving lots of well-deserved praise they decided to develop it into a full-length feature. Made with a small budget, the film took three years to write and two months to shoot, and enticed more well-known actors Jason Isaacs and Danish actress Paprika Steen. 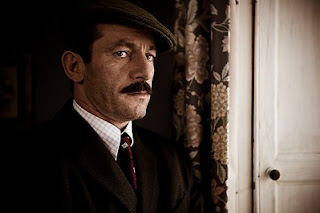 Further proving its success, Skeletons was awarded the title of Best New British Film at the Edinburgh International Film Festival 2010. The jury, headed by Sir Patrick Stewart, voted unanimously and commented “The Michael Powell Award goes to writer/director Nick Whitfield whose debut feature Skeletons best exemplifies the spirit of Michael Powell in its original vision and dark humour”.
Skeletons is definitely one to watch. It’s a film that proves you don’t need a massive budget, amazing special effects or an all-star cast to make something really entertaining and memorable.